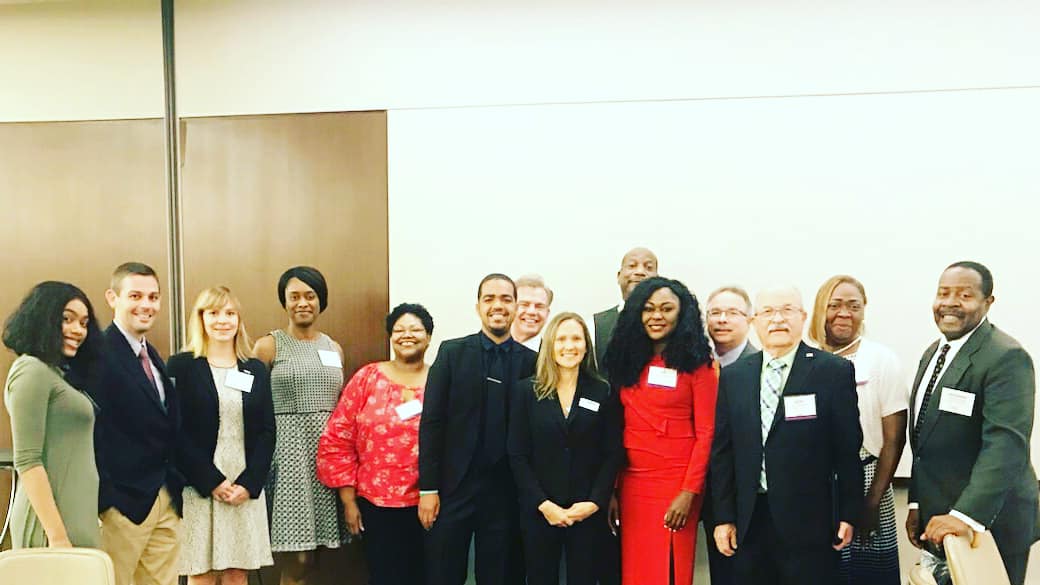 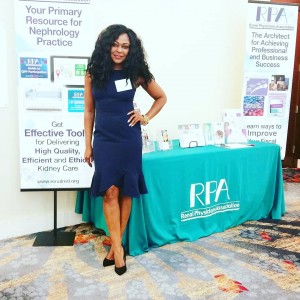 [Washington D.C. June 22nd 2018] The American Association of Kidney Patients partnered with the Renal Physician Association for Capitol Hill Day, commonly referred to as Hill Day. Hill Day is a day kidney patients and their health care providers convene to inform elected officials and policy makers about key issues that affect them. Founded in 1969, the AAKP is the oldest and largest independent kidney patient organization in the U.S.A. They often conduct national education programs designed to better inform kidney patients, caregivers, and policy makers about the true impacts of kidney disease, prevention efforts, and treatment methods (AAKP website). The RPA on the other hand, is a group of nephrology healthcare providers who are devoted to improving the care of patients with kidney disease and related disorders. As indicated on their website, the RPA includes as part of their core principles the belief in facilitating of high quality, efficient and ethical renal care, and in promoting the leadership role of the nephrologist (kidney doctor) in defining renal care policies and practices. Hill Day therefore serves as a suitable platform where these two separate entities come together as one voice to speak on issues that affect them. The ultimate goal of Hill Day is to secure cosponsoring and/or gain original sponsoring from Senators and House Representatives on legislations that affect the kidney community.

As a 12+ year kidney recipient living with kidney disease for almost 29 years, being diagnosed as a child, it was an honor for me to be invited to this year’s June Hill Day as a patient and kidney health advocate with The Iya Foundation and a Field Ambassador for the AAKP; to speak on behalf of myself as a patient, and more importantly for all patients in general on such an esteemed national platform. Thank you AAKP 🙂 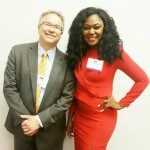 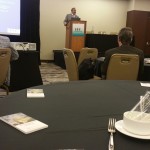 This year’s Hill Day began with a morning brief at the Marriot Marquis Hotel in Washington D.C. where attendees were prepped on issues to be discussed with their elected officials as well as a general housekeeping on what to expect, tips for a successful meeting, and how to effectively follow up with their Senate and/or House Office. This brief was conducted by Mr. Rob Blaser who has worked with RPA since September of 1997 and is currently serving as its Director of Public Policy since October 2003. Prior to that, Rob was their Director of Federal Affairs. As part of the brief, attendees got to hear a motivational word of encouragement from Congressman Ami Bera, M.D., a democrat and internist from Sacramento, California. Congressman Bera focused on the need for physicians to use their status as doctors and community leaders to help influence change in the policies that affect them. He emphasized to all present that now isn’t the time to be passive and that all present needed to raise their voices to influence and impact change. 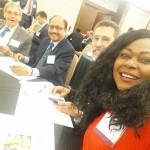 The brief was a work and eat meeting with an elaborate breakfast served. Attendees were seated based on the states they represented, which was also reflective of the states of the elected officials they had been assigned to meet with. Coming from New Jersey, I had the opportunity to meet and sit with Dr. Lawrence Weisberg, Head of the Division of Nephrology of the Cooper Health System in Camden, NJ. Dr. Weisberg is also the current chair of RPA Nephrology Coverage Advocacy Program (NCAP) and a member of the RPA Board of Directors. Being a first timer to Hill Day, I was paired with Dr. Weisberg for two of my meetings which he served as chaperone; after which, the training wheels had to come off, and I would tackle the rest on my own :). Dr. Weisberg was of course a great chaperone, and did an awesome job in clarifying some of the complexities of certain legislations, as well as turned out to be a great guide in navigating between the Senate Offices and House of Representatives. Without which, I would have been totally lost. Thanks Dr. Weisberg 🙂

Following the brief which went from 7am to about 9am including time for breakfast and registration, was the travel to Capitol Hill where we would meet with the different elected officials at prescheduled meetings. Note that in the days prior, we had been provided with summaries of the legislations that would be discussed as well as a schedule for the day.

My first meeting was scheduled for 10.30am with Senator Robert Menedez, a democrat from NJ. Together with Dr. Weisberg, we left the Marriot at about 10am for an approximate 15-minute taxi ride to the Senate’s office. Meeting with Legislative Assistant, Swarna Vallurupalli, we shared our stories from a patient and physician perspective to emphasize and drive home the issues we were presenting with the intent that she would pass it on to the Senator, who we hope would either cosponsor an existing bill and/or become an original sponsor to a new bill being presented. Coming from NJ, we further stressed on the fact that, of the 30million people living with End Stage Renal Disease in the U.S., NJ was amongst the top states with the most prevalence of the disease. This is especially considering the demographic of NJ which happens to be a very diverse state with large populations of blacks and Hispanics; who unfortunately are genetically predisposed to Chronic Kidney Disease, hence are at higher risks of getting kidney failure. That being said, this meeting only lasted about twenty minutes, yet we hope Swarna would be informed and influenced enough to reflect in her notes our proposals, which we pray will be accurately passed on to the Senator and someday result in a favorable outcome for the renal community. 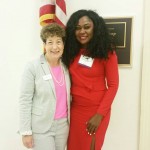 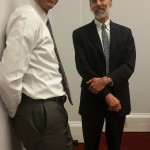 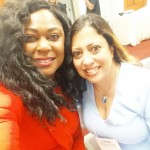 My next meeting was scheduled for 2pm; hence I had some free time to play with. Dr. Weisberg and I decided to go to the break room at the House of Representatives where the RPA had set up snacks and beverages for attendees to rest and nibble in between meetings. At the breakroom, we got to engage in conversations and shared feedback on our meetings as well as discussed on other issues of interest. During this time, I was privileged to get to have a chat with Mrs. Dale Singer, Executive Director of the RPA since 1995, as well as Dr. Ron Hyde from Arizona, fellow advocate and transplant recipients, Attorney Carlos Cristi, and Austin Lee. I also got to enjoy a girly chat with Dr. Faten Ayyoum, RPA member and nephrologist from Michigan, who shared some great personal advise with me.  Lots of thanks to my girl Faten 🙂 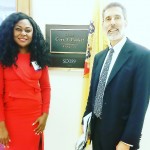 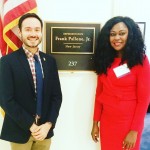 At about 1.30pm, Dr. Weisberg and I left for our 2pm meeting with Senator Cory Anthony Booker, a democrat from NJ. Meeting with Legislative Correspondent Juan Gomez; the forum went similar to the first meeting, lasting only about twenty minutes as well, and leaving me just enough time to get to my next meeting scheduled for 3pm with House Representative Frank J Pallone, also a democrat from NJ-6. Meeting with Legislative Assistant Roberto Sada, I got to do this meeting alone. After the first two meetings with Dr. Weisberg as chaperone, and with a better understanding of the Legislations and what we were seeking to adopt, I had actually gotten the hang of things, and conducted my meeting with Roberto quite well. While other people had different schedules and meetings with their respective elected officials, my day had come to an end with the close of this meeting. I felt fulfilled 🙂

Together, we had used our voices to plant seeds which we hope would yield policies that would positively impact the renal community. Being empowered and provided with a platform to speak on a national level on behalf of all patients, current and future; this experience was very personal, encouraging, and instrumental to me not only as a patient but also in my duty as a kidney health advocate. The significance of the little efforts and sacrifices of today towards a process that can be long and slow before a positive outcome is established cannot be minimized or underestimated. Advocates from both parties must not give up nor relent in their efforts.

Events like Hill Day serve as the ideal platform to better communicate with legislators on pertinent issues affecting the renal community in a positive way. While the RPA provides the renal healthcare providers who are in the best position with an in depth knowledge of the profession; equipped with a better understanding of their patients and what they need, the AAKP provides patients and their stories and experiences to form an alliance which together will influence change in the right direction that will help both nephrologists and the patients who are affected by kidney disease. Partnerships of this sort are especially important in engaging and creating impact primarily because nephrology is a part of medicine that is heavily regulated. Therefore, to be able to propel change in the right direction, the people involved need to be able to speak to those who are making critical decisions about issues that affect them. Hill Day, through RPA Advocacy in partnership with the AAKP, served this purpose.

The areas of focus for this particular Hill Day included the following:

While the meetings went well, it is our ultimate hope that our efforts and sacrifices through our voices and presence; we would have secured or laid the ground work for co-sponsorships and original sponsorships with the Senators and House of Representatives on issues that interest the renal community, and would someday result in favorable outcomes for the patients and those who care for them. The good news according to an overall feedback from RPA,  is that many of the offices indicated their intent or interest in either cosponsoring existing legislations or becoming an original sponsor, as in the case of the Immunosuppressive Drug Coverage proposal.

On a personal note, Hill Day for me was hectic, exciting, and indeed fulfilling. Having to speak on behalf of a whole community of patients and their healthcare providers was a huge responsibility yet a Blessing. Not even the rain that poured all day, could take away from the impact of this day. I am especially thankful to Dr. Weisberg for sharing his umbrella with me all though the back and forth travel of going to the Senate and House Offices. I believe it was showers of blessings as we both got soaked on the sides unshielded by the single umbrella, yet we got to bond over our experiences. I got back to the hotel tired, and ready for a nap 🙂 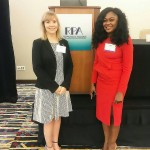 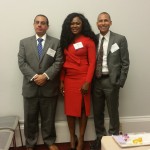 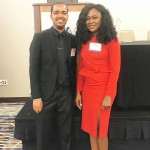 Although I got to see some of the AAKP staff and other Field Ambassadors only briefly during the morning brief it was indeed nice to see them again in DC. Paul Conway, Richard Knight, Erin Kahle, and Dave White were familiar faces I had recently met at the annual AAKP patient meeting in Florida and others like Austin Lee, and Carlos Cristi I got newly introduced to. I also got to meet Diana Clynes, Executive Director of the AAKP. Although I didn’t formally get to meet Melissa Bensouda I was introduced by fellow advocate and friend to Melissa, Nichole Jefferson of her presence with her daughter. We later connected over social media 🙂

It was a long read, so if you’ve made it this far, applause to you. I hope it was worth the time, and I hope you actually got a feel of Hill Day and what it is all about. Let me know what you think, or better yet, share your Hill Day experience 🙂 Also enjoy some sights I was able to capture around the Capitol Hill. 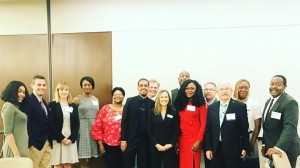 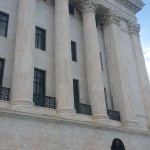 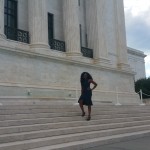 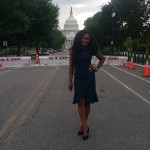 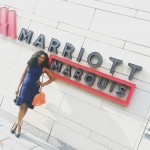